Browse split level houses for sale in Greater Austin, TX. Find split-level homes in Greater Austin, TX for sale. A split-level home is a style of house in which the floor levels are staggered. There are typically two short sets of stairs, one running upward to a bedroom level, and one going downward toward a basement area. View price, listing details, photos, virtual 3D tours, schools, demograhics, market analysis and permits information. Discover your perfect home on ZeroDown. 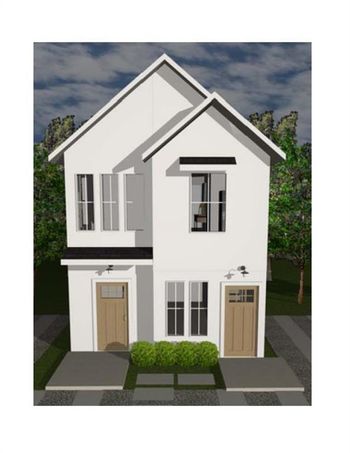 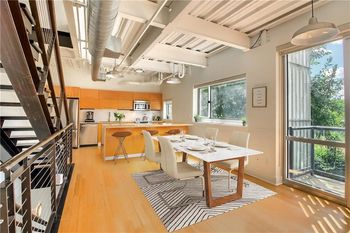 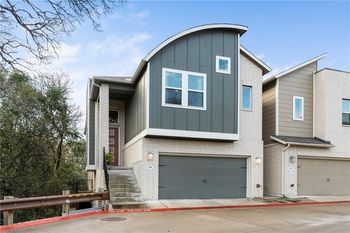 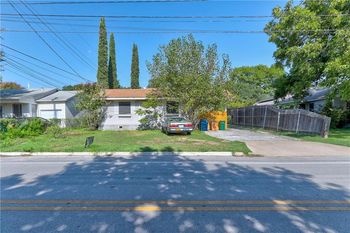 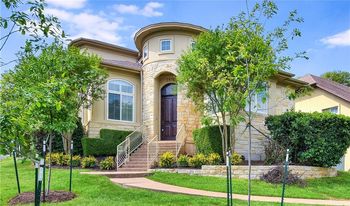 Browse Split Level House For Sale in other Texas regions

Explore homes by type and style in Greater Austin, TX

Thinking about moving to Austin , TX? From the city's best neighborhoods to the lowdown on live music and food options, here's what you need to know about living in Austin.

Why Move to Austin, TX?

If you've been looking into moving to Texas, there's no doubt that Austin should be top of your list. Austin is one of the fastest growing cities in the US, and was even named as the No.3 best places to live in America for 2020-21.

There's an exciting tech, music, food and film scene in the city, as well as green spaces and outdoor activities, so you'll never run out of things to do. The crime rate in Austin is also consistently lower than Dallas and Houston, and Austin suburbs offer everything from friendly school districts to creative hubs.

The cost of living in Austin is lower than you would expect for such a buzzing city. The costs for real estate, energy, wages and taxes in Texas are below most states in the country.

The average annual temperature in Austin is 68.6 degrees Fahrenheit. You can expect the weather in Austin to be summer-like even in spring, hot and humid in the summer, with mild temperature in the fall. While winters do get cold, snow is rare.

Best Neighborhoods to Live in Austin:

Whether you choose to move to the Austin suburbs or stay within the Metro area, here's some key neighborhoods to include in your dream home search:

This historical district (composed of three neighborhoods: Old Enfield, Pemberton Heights, and Bryker Woods) has a quaint mix of architecture styles ranging from the late 1800s through the 1950s. It's one of the most sought after areas to live in Austin due to its proximity to Downtown and access to Lake Austin. There's also numerous cycling and hiking trails, and parks.

If you want a small town feel, community vibes and historic homes then Hyde Park is perfect. Just north of the University of Texas campus, it has easy access to Downtown yet feels miles away. Independent businesses are king here, with a liberal and welcoming atmosphere.

Westlake Hills is an affluent Austin suburb within one of the best school districts in the country. It offers a scenic mix of Hill Country scenery with many of the upscale estate homes and waterfront properties enjoying lake views. It's also just a skip away from attractions such as Barton Springs, the 2nd Street District, and Congress Ave.

For a family-friendly place to live in Austin, Allendale ticks all the boxes. Many young professionals live here and it has a charming suburban feel yet is mere minutes from Downtown. Housing is affordable and residents enjoy a strong community sense with an active neighborhood association and local restaurants.

Quirky, interesting, safe and - we predict - the next big thing in Austin. North Loop is an up-and-coming neighborhood with funky bars and boutiques and a unique vibe. North Loop borders I-35, providing convenient access to the rest of the city. Residents are a vibrant mix of students, professionals, artists and longtime locals.

Buying a Home in Austin:

Homes for sale in Austin don't spend long on the market, so act quick! Listings spent an average of 37 days on the market in September. Most homeowners want to sell their properties quickly, so make sure you are ready to move soon when looking to buy a home in Austin.

This is one US housing market that is really heating up.

How’s the Walkability, Bikeability, and Public Transportation in Austin?

Getting around Austin is easiest if you have a car. Three of the nation's 10 largest cities – Houston, San Antonio and Dallas – are no more than three hours away, so living in Austin makes exploring Texas a breeze.

Bikeability: Austin is still pretty car-centric, but there are strides being made to improve bike lane structure in the city. You can download the Austin B-cycle app to rent a bike using 24 hour/day, on demand bicycle stations in the city.

Public Transportation: Capital Metro is the easiest way to get around Austin. The city also has a network of bus routes, new MetroRapid Route 801 and MetroRail service.

Essential Checklist for Moving to Austin:

Things to do in Austin, Texas:

Festivals and Events:Austin is famous for its year-round festivals. The Austin Food + Wine Festival showcases the best innovative cuisine. Old Settler's Music Festival is all about the best of Americana, bluegrass and roots music for more than 30 years; Fantastic Fest features sci-fi, horror, fantasy and other genre films; and SXSW Music, Film and Interactive Conferences and Festivals is a must-visit.

Outdoor activities: There's a reason why Austin is often ranked one of the fittest cities in the US - there's a LOT to do here! With 300+ days of sunshine, you can enjoy hot springs, bike and hike trails, cycling, stand-up paddle boarding, and even leisurely kayaking.

Culture: With a nickname as the 'Live Music Capital of the World', it's no surprise Austin is chockablock with culture. Music, art, and diverse cultures make the city great. The Mexican American Cultural Center celebrates the Latino community, as does the George Washington Carver Museum and Cultural Center for the city's African-American cultural district, Six Square. An emerging Asian influence has resulted in marketplaces, festivals and parades.

Sports: Moving to Austin will have you cheering on its local teams. Football, rugby, roller derby and soccer: there's a team for every type of sport fan to support in Austin. The University of Texas Longhorns teams have earned 51 national championships since 1949!

Dining out in Austin: Austin has a delicious mix of cuisines to try, from Tex-Mex institutions like Matt's el Rancho, authentic Texas barbecue or New American to ramen from Ramen Tatsu-ya. Be sure to check out the iconic food truck and trailer venues across the city.

Bars and nightlife in Austin: The nightlife in Austin is legendary, with more than 250 live music venues offering everything from rock to blues, hip hop to Latino. Various districts offer different bar scenes: East Austin Entertainment District is young and hip; Market District is for upscale cocktails and an older crowd; and Red River is where you can dance the night away to live tunes.

Grocery shopping in Austin: From large supermarkets to Korean stores, farmer's markets and everything in between, it's easy breezy to get your groceries while living in Austin. You can see which grocery stores deliver to any of our Austin listings.

What are the advantages of a split-level home?

Split levels offer larger houses without taking up less yard space. They are a good fit for steep and sloping lots.

How many Split Level Houses for Sale in Greater Austin, TX?

There are 5 Split Level House in Greater Austin, TX currently.